Cannabis retailers love Delta-8-THC or THC-8 or Delta-8-Tetrahydrocannabinol because it skirts around the strict regulations placed on its cousin – Delta-9-Tetrahydrocannabinol or Delta-9-THC. Cannabis producers love the substance since it is synthesizable from CBD oil – providing a lucrative return to the producer. But consumers may not get enough of it because of its intoxicating properties. However, is THC-8 safe?

Despite the discovery of delta-8 in the early 20th century, the substance didn’t earn the attention of researchers, regulators, and consumers until recent years. Still, we know very little about the safety profile of delta-8 – especially in applications such as edibles and vape pens.

A Comprehensive Review Of Delta-8 THC 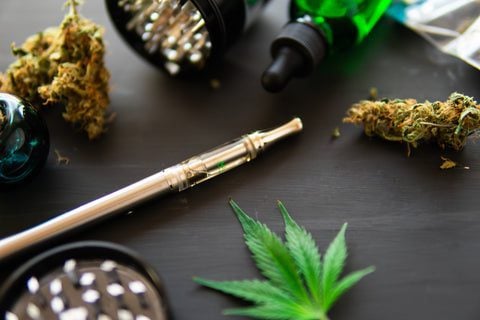 Delta-8 is one of the hundred or more cannabinoids in cannabis plants. The substance exists in limited quantities and with current extraction methods, it isn’t cost-effective to extract delta-8 from THC-rich strains. Instead, delta-8 is being extracted from CBD oil. Extractors can transform hemp-driven CBD oil into two types of THC thanks to an innovative isomerization process discovered in 2004. They are delta-8 THC and delta-9 THC. This process helps rearrange the carbon atoms in the CBD molecules to transform a non-intoxicating substance into an intoxicating one.

Delta-8 is a powerful cannabinoid with so much to offer. Pot Guide explains the substance as a “weed light” and promises a more pleasant and smoother experience compared to delta-9 THC. Many consumers and brands state that delta-8 provides a less powerful “high” but has similar effects to its cousin – Delta-9 THC.

Is Delta-8 Safe? Yes, retailers and consumers both confirm that delta-8 edibles, vapes, and concentrates are much safer and legal compared to delta-9. It also has fewer side effects. The substance is quite popular and profitable for extractors. In fact, the industry is rife with claims about the health benefits of delta-8, but most of these claims are unsupported by scientific research.

What Do We Know About The Safety Of Delta-8? 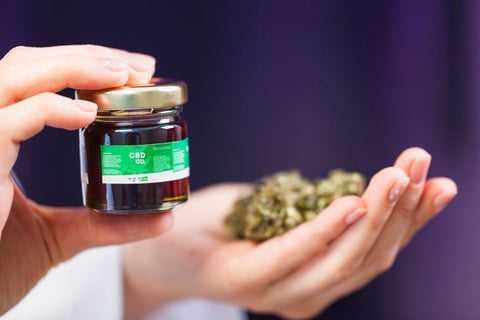 The only way to confirm the safety of a cannabis product is through clinical and randomized controlled trials. ClinicalTrials.gov has reported only a single delta-8 clinical trial at the time of writing this article. It is also worth noticing that PubMed reported the clinical trial terminated before its completion in 2009.

Is there any information on the safety profile of delta-8 in more preliminary work? There have been over 200 peer-reviewed papers published in delta-8 since the 1970s. One of the most cited studies of delta-8 came out in the 1990s under the headline – “An efficient cannabinoid antiemetic in child oncology.” Authors Aya Abrahamov, R.Mechoulam, and Avraham Abrahamov reported that only two out of the eight kids who participated in the research experienced any side effects from delta-8 THC. The notable side effects were one case of euphoria and slight irritability. Otherwise, the doses of THC-8 seemed well tolerated in these kids.

There was another study from 1973 titled “Delta‐8-THC & Delta‐9‐THC: Comparison in man by oral and intravenous administration” – which explored the different effects of both THC-9 and THC-8 on male subjects via oral and intravenous administration. The oral administration of THC-8 produced a range of “high” effects including somatic effects. Dry mouth, incoordination, dizziness, visual distortions, and other effects were the side effects experienced by these subjects. The effects mirrored the workings of THC-9.

Following intravenous administration of delta-8, researchers noticed that the qualitative symptoms experienced by the subjects were similar to those reported from THC-9. But the overall effects were slightly weaker than the effects of delta-9. The relative potency was estimated to be roughly 2:3. On the other hand, PubChem’s Data Sheet on THC-8 reveals only side effects from animal studies such as rats, monkeys, and mice. It describes a general depressed activity which is essentially the intoxicating effect that many people seek from cannabis. The doses used in the animal studies were substantial – equivalent to 58g for a 68kg subject.

It is not possible to confirm if THC-8 is 100% safe for human consumption since there are very few studies on the effects of THC-8 on humans. But some evidence suggests that delta-8 should be milder than its cousin delta-9. Still, the long-term effects of delta-8 are unknown.

How does delta-8 react when smoked, vaped, or eaten? More research is required before any sound conclusions are to be made.

Please verify that you are 21 years or older.
Sorry, your age does not permit you to enter at this time.00
By entering this site you are agreeing to the Terms of Use and Privacy Policy.
0
0
Your Cart
Your cart is emptyReturn to Shop
Continue Shopping