What is the difference between Delta 8 and Delta 9? 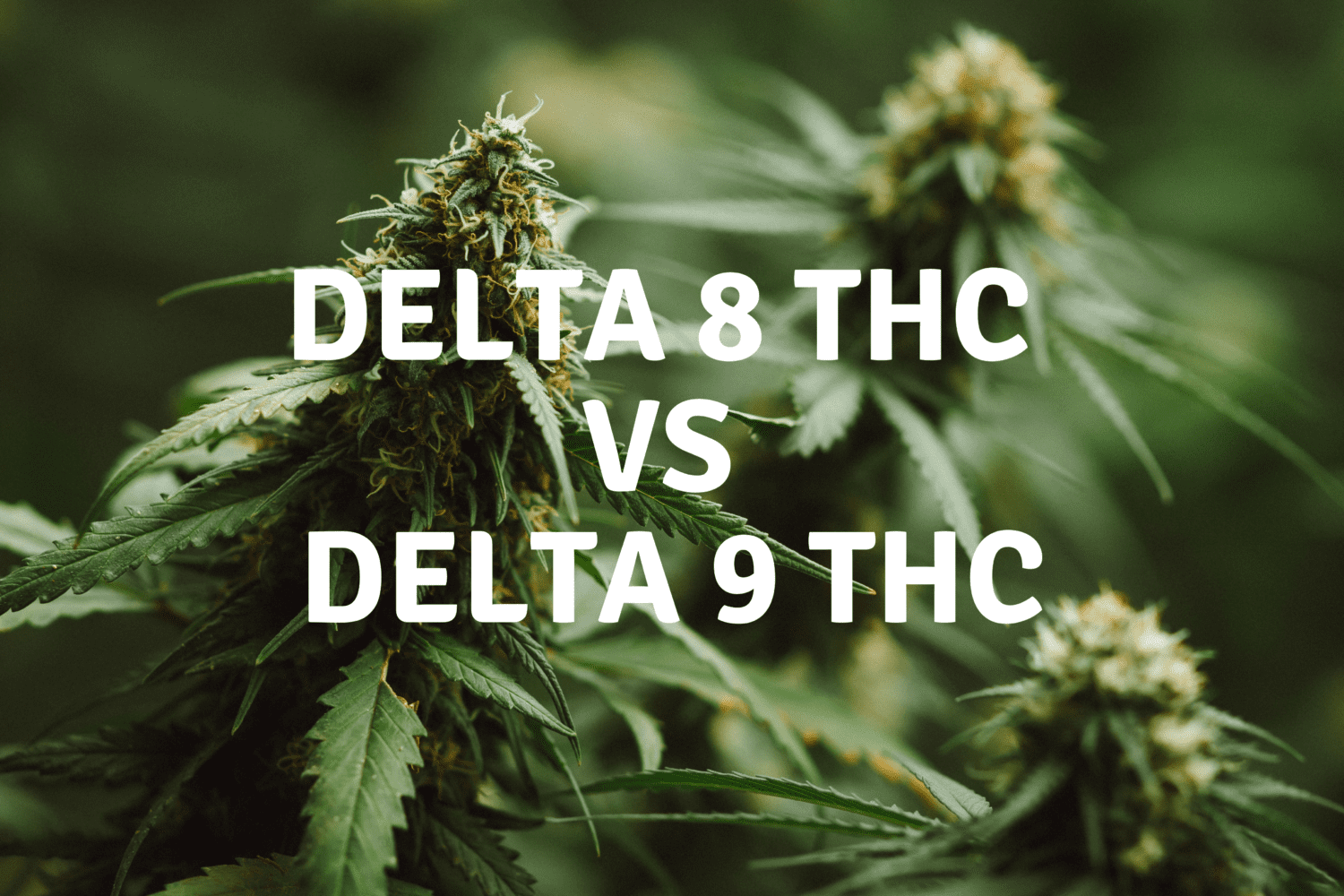 THC is most well-known for being the cannabinoid that gets you high. It can be eaten or inhaled through smoking and will get you high through either method of consumption. The most commonly consumed type of THC is Delta 9. However, Delta 9 is far from the only cannabinoid on the market.

One of the other common cannabinoids on the market is the THC Delta 8.

So, what are the differences between them, and which of the Delta THC’s is best for you? Join us as we list the similarities, differences, and benefits of both Delta 8 THC and Delta 9 THC.

Delta-8, just like Delta 9, is what’s known as tetrahydrocannabinol. They are closely related, and so they have similar structures and some similar properties. Some of these similar properties include appetite stimulation, pain relief, and helping patients fall asleep. However, there are a few key differences between the two. The biggest difference between the two is the degree of the psychoactive effect they produce. It is reported the psychoactive effect of Delta 9 is much stronger than that of Delta 8.

Delta 8 THC, unlike Delta 9 THC and CBD, is not found in large amounts naturally.

When most people talk about marijuana, the cannabinoid they are talking about is Delta-9 THC. Although hemp and cannabis plants hail from the same family, they are not to be confused with each other: they both have notable structural differences.

Delta 9, as aforementioned, is popular because of its psychoactive properties. That is because of the effect it has on the human ECS (endocannabinoid receptors). Delta-9 THC produces the sensation that is commonly known as getting high.

However, despite the increasing knowledge of the user reporting therapeutic (and potentially medicinal) benefits of Delta-9 THC, a bad reputation is hard to shake. The fact remains that Delta-9 THC is best known for getting people high. And getting high can have some very negative side effects.

Although some consumers of cannabis never report any negative side effects, the reactions vary from person to person. The biggest gripe people have with Delta-9 is the anxiety that they experience during or in the immediate aftermath of getting high.

Now, if getting high is not your thing, but you’re still looking for medicinal marijuana, Delta-8 THC could be a viable substitute for you.

Though they are very similar in structure, one major difference separates them. The biggest structural difference between Delta-8 THC and Delta-9 THC is the location of a double bind in their molecular chain. The bond of Delta-8 THC is on the 8th carbon chain, while in Delta-9 THC it is on the 9th carbon chain. The number of the Carbon chain it is situated on is also how they were named.

Though the difference in chemical structure is minimal, there is an enormous difference in the manner in which it affects the ECS. The ECS receptors are responsible for sleep cycles, pain regulation, etc. People that have used both Delta9 THC and Delta-8 THC reportedly describe similar experiences, although the experience of Delta-8 THC is always described as much more controlled and toned down. This is because Delta-8 THC is much more stable than Delta-9 THC.

Please verify that you are 21 years or older.
Sorry, your age does not permit you to enter at this time.
By entering this site you are agreeing to the Terms of Use and Privacy Policy.